Are you looking to run your own business? Have you thought about looking into franchises as a potential possibility? If so, then you want to make sure that you know what you’re getting into before you start.

Unfortunately, there are a lot of myths out there surrounding the world of franchises, and some of these may impede your thought process, or make you doublethink starting a franchise altogether.

So, with that in mind, we wanted to dispel some of the most prevalent myths out there so that you can go in with both eyes open. We’re not sure how these got started, but we’re going to try and set the record straight. 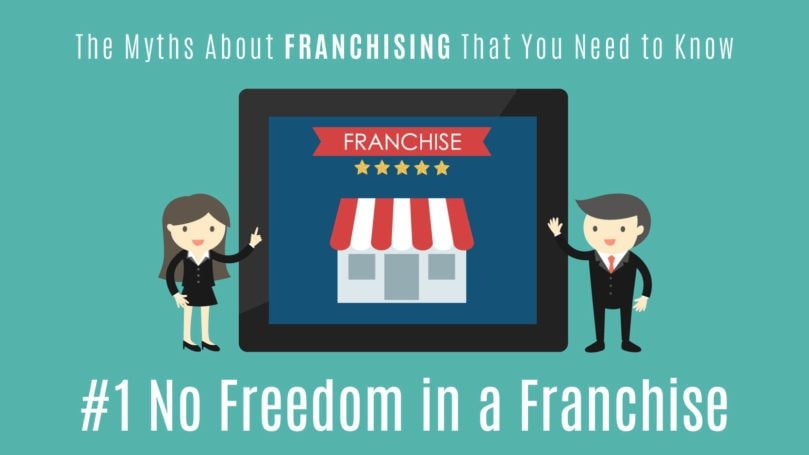 #1 No Freedom in a Franchise

As an entrepreneur, you are eager to start a business because it offers creative and financial freedom, right? You may think that as a franchisee, the corporate office will be breathing down your neck all the time, forcing you to adhere to their rules and regulations.  Not Really!

Although there are certainly some things that have to be consistent (i.e., branding), most franchises are run relatively independently. You get to manage your business how you like, and as long as you are operating within the parameters of the brand, you have quite a bit of freedom.

For example, local area promotions and marketing is something that you can take charge of, meaning that, working with your franchisor, you can offer deals and selective options that customers won’t find at other franchises.

Although franchising is not going to offer the same level of freedom as if you started your own company, it’s not as stifling as you may think. 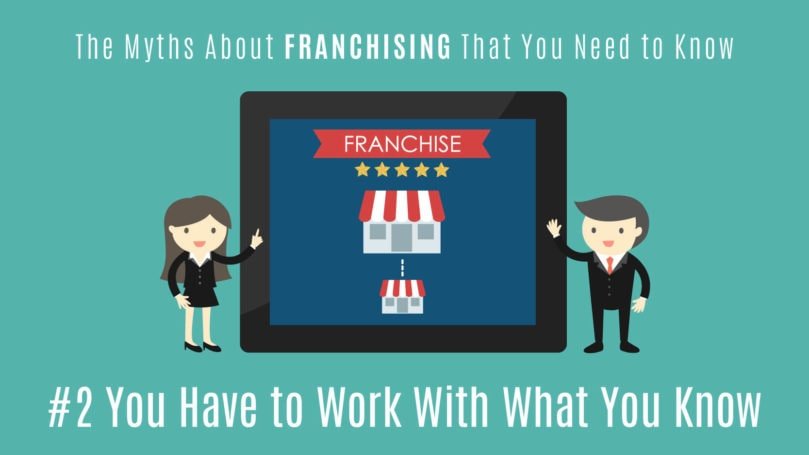 #2 You Have to Work With What You Know

One of the primary reasons to start a franchise is that there is already built-in recognition from consumers. Rather than building a brand from scratch, you get to tap into something that has already proven itself as a formidable business model.

Fortunately, that also means that you can go into any industry regardless of your experience or expertise. As long as you’re willing to learn the tools of the trade, you can franchise a business that is nothing like what you’re used to.

Many new owners believe that they have to choose a brand that fits their experience because that’s what the corporate office wants. However, as long as you have the drive and will to make it succeed, you don’t need any previous experience to run a franchise. Franchisors provide extensive training that is designed to teach the process to someone who has never been involved in such a business. 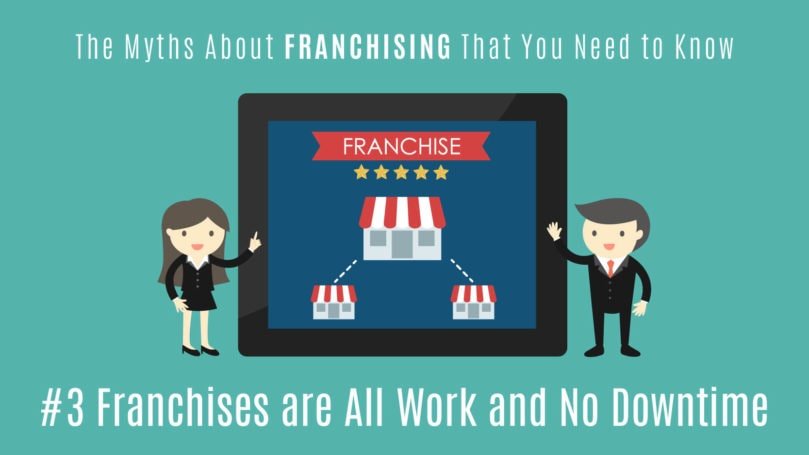 #3 Franchises are All Work and No Downtime

If you were starting a business from scratch, then that would most likely be true. However, because franchises already have a model on which to build your store, you don’t have to put in all of the hard work that comes with it.

Overall, depending on your situation (and the kind of franchise you buy), you can run it easier because you’ll always have help and support from experts that have successfully operated a similar business.   As long as you have an excellent staff and management team you can rely on, then you don’t have to spend long hours developing your franchise, as you would if you were starting your own business from scratch.

That being said, don’t expect just to buy it and then let it run itself. There is still a substantial time investment required on your part, so be ready to put in some hours to get it up and running and become profitable. 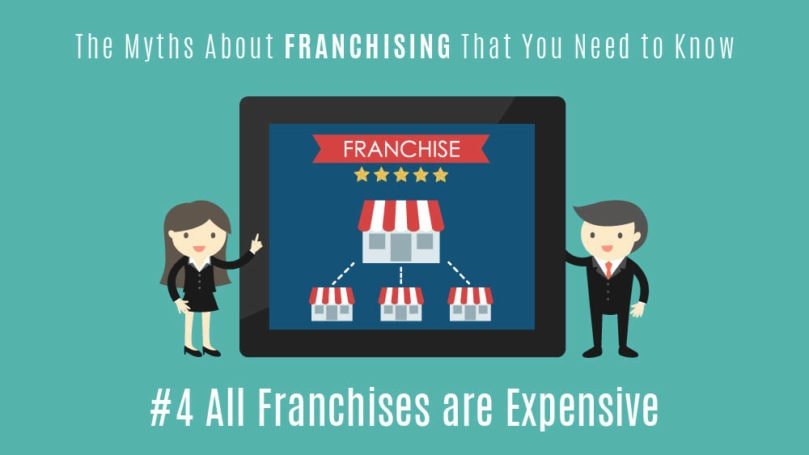 #4 All Franchises are Expensive

When most people think of franchises, they imagine something like a McDonald’s or some other fast casual restaurant. While it’s true that a lot of well-known eateries are franchises, that is just one of the many different franchise industries.

The fact is, there are so many different kinds of franchises out there, and each one comes with a price tag. Some of them can be started for a few thousand dollars or less and may be run from a home office, which means that you can get started much faster than if you were trying to get a major restaurant or retailer off the ground.

Also, remember that franchises only require an initial fee, monthly or weekly royalty payments (typically a small percentage of sales) as well as an advertising fee ( in some cases). As such, you get to keep a lot of the profits that you make from your business. 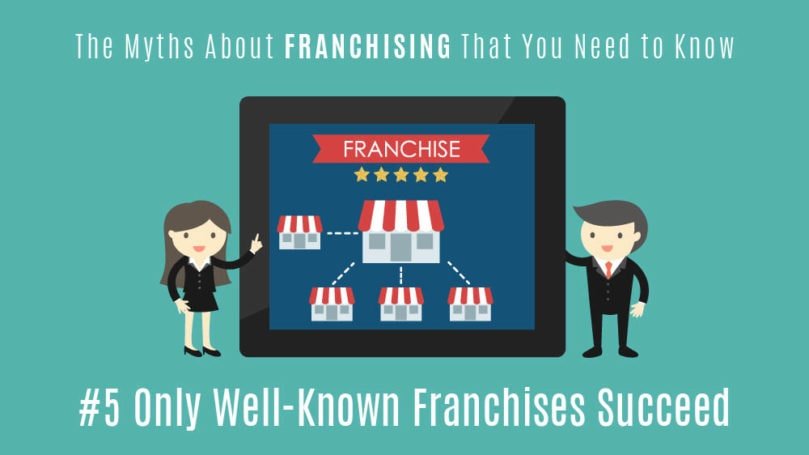 The success of any company is tied to how well it’s managed. Thus, you can buy a franchise that doesn’t have much market share and turn it into something much larger. As long as you have the drive and the means to do so, you can make any franchise into a massive success.

While it’s true that well-known brands are going to make things easier for you, in the beginning, remember that major companies can fail just as easily as smaller ones. Also, these days, many consumers are shunning big labels and favoring more independent and unique businesses. As such, there is even more demand for franchises that don’t feel too “corporatized.” 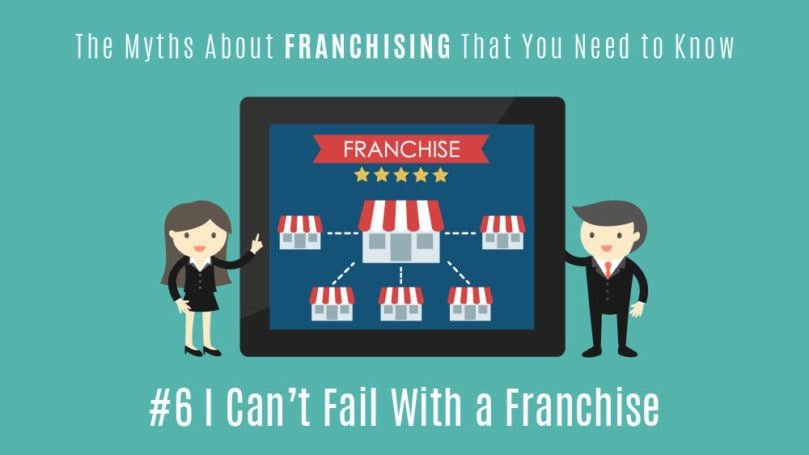 #6 I Can’t Fail With a Franchise

Knowing that the success of your store is up to you is hugely empowering, but that also means that you can fail as well. One of the benefits of being part of a franchise community is that you can get a lot of support from other franchisees and the corporation, but that is not a fool-proof safety net.

No matter what kind of business you’re in, failure is always an option. However, if you take the time to put care and attention into your store, then you are more likely to succeed. Usually, failure happens when you take your brand for granted and believe that it will work no matter what. Complacency and apathy are the foundation for failure. Remember hard work goes a long way! 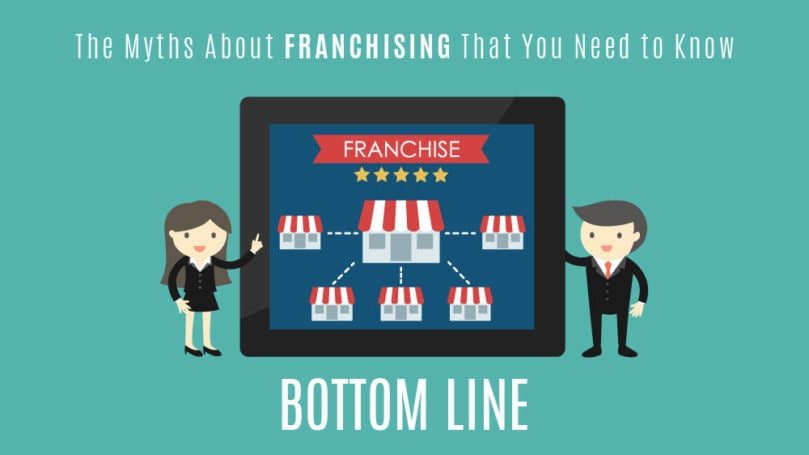 Franchising is always an excellent opportunity, and franchises have been seeing steady growth for the last few years. If you’re thinking about starting a business, then choosing a franchise that’s right for you can be a massive step towards becoming financially stable and independent. To learn more about franchising contact us today at www.franchisecreator.com and don’t forget to follow us on Facebook.